On Saturday 23rd May Bob Pegg visited the Seaboard Memorial Hall and led a brilliant storytelling and music session which was open to the whole community. Bob told a number of stories related to the sea, including tales of the Balintore mermaid and a selkie story from Orkney. He also brought an amazing range of musical instruments from flutes and accordions to found objects such as shells and rocks. 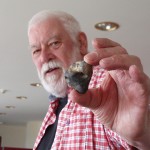 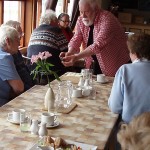 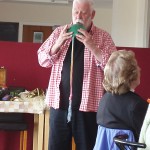 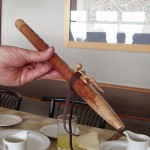 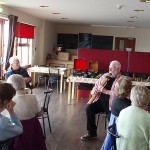 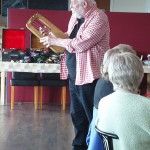 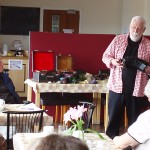 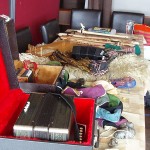 The idea behind the project is to gather stories from different Commonwealth countries by contacting individuals, schools and community groups directly in those countries.  Stories about marine life that can be found in the waters around the Commonwealth – dolphins, whales, basking sharks, salmon, jelly fish, turtles, etc.  They could be factual stories or mythical/folklore or even poems or songs.

We’ve discovered the tale of The Salmon Twins from Canada.  And from India – The Talkative Turtle

And from closer to home the Story of the Balintore Mermaid, read by Dolly MacDonald, from the Dualchas CD celebrating the Sculpture Trail, 2007.

Click on the media player to listen to the story. 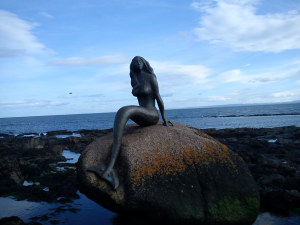